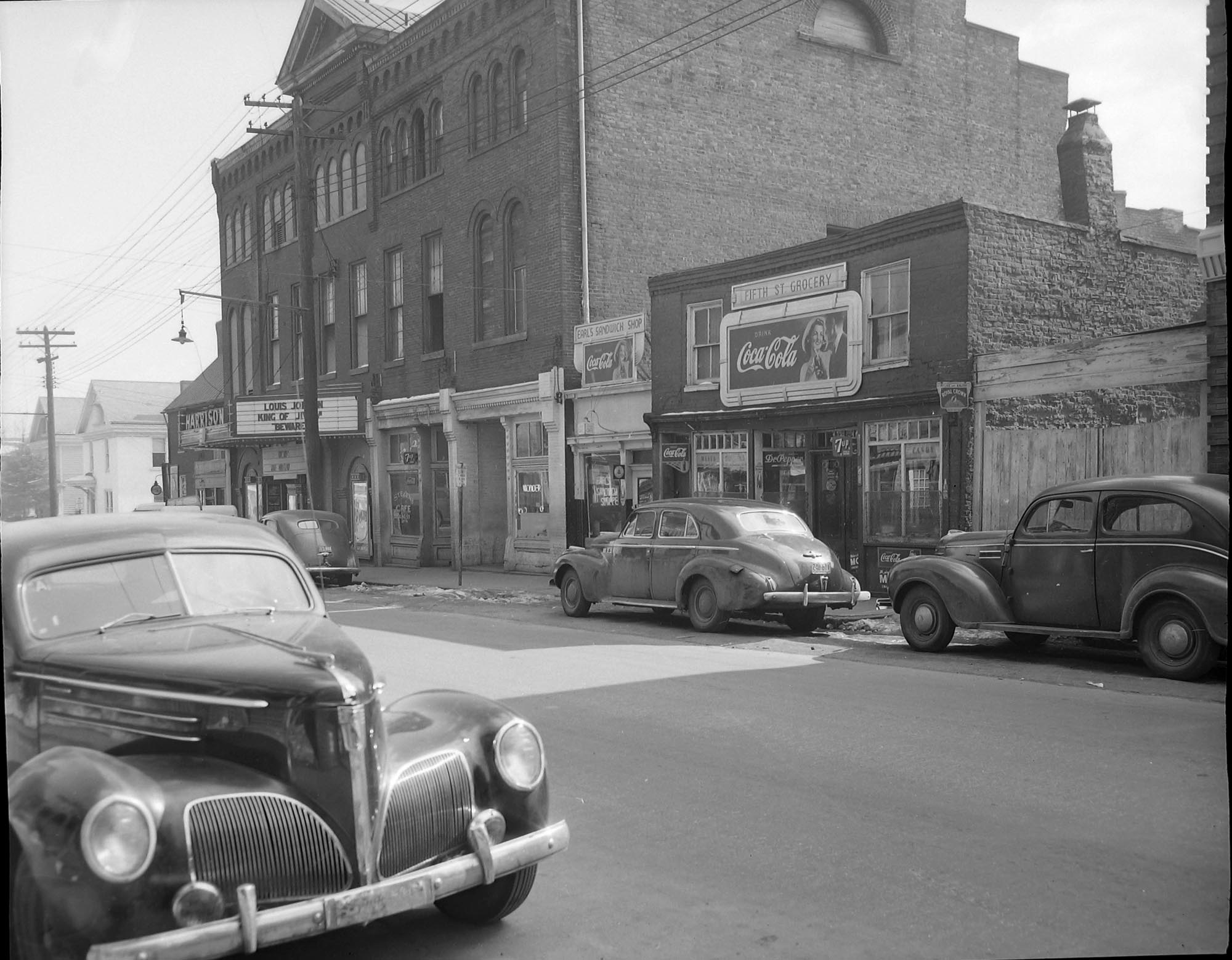 Fifth Street means different things to different people—depending on who they are or how old they are.

The Fifth Street Corridor began its development in the early nineteenth century as a gateway to Lynchburg, connecting the booming town with points westward as evidenced by transportation-oriented businesses of the period with names like the Kentucky Hotel (118-0177) and the Western Hotel (118-0020). During the late nineteenth century, Fifth Street (also known variably as Seventh Alley, Cocke Street, or West Street) served as the site of uses that would seem to be incompatible; it hosted high-end residential areas for Lynchburg’s white population while at the same time serving as the principal scene of commerce for the area’s African American community.